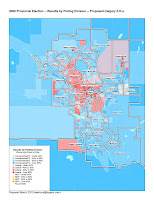 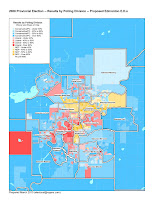 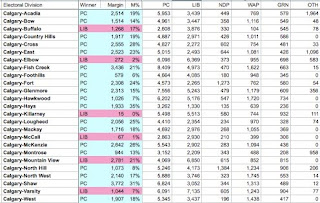 – On April 25, the Alberta Liberal Party will be holding its first Annual General Meeting since David Swann became leader in December 2008. After recently announcing the laying off of their two remaining party staff members, I’ve been informed that the Liberals financial situation stabilized in the short-term when a number of donors opened their pockets when the news became public.

With current President Grant Dunlop stepping down, I’ve heard that two three candidates, Calgary Liberal Tony Sansotta, former Edmonton-McClung MLA Mo Elsalhy, and current Party Secretary Carrol Jaques [see: an email from Jaques to supporters] are intending to stand for the position. I’ve also heard that some members of the party executive are pushing time at the AGM to hold a discussion on changing the Liberal Party name.

– Alberta NDP leader Brian Mason was joined by Vancouver-East MP Libby Davies at that party’s revitalization conference this weekend in Grande Prairie. While the Grande Prairie Herald-Tribune reported only a dozen attendees, I was told by a conference attendee that there were nearly 30 attendees later in the afternoon (which still leaves the NDP with a lot of work to do).

The NDP haven’t elected an MLA in the region for 25 years. Former NDP leader Grant Notley represented Spirit River-Fairview from 1971 to 1984, and Jim Gurnett was elected in a by-election following Notley’s death in 1984 (Gurnett was later defeated by PC Glen Clegg in 1986). In 2008, NDP candidates Adele Boucher Rymhs and Nathan Macklin increased their party’s support in Peace River and Dunvegan-Central Peace.

– Paul Hinman has announced that he will be stepping down as leader of the Wildrose Alliance. Hinman defeated PC MLA Broyce Jacobs to become the Alberta Alliance MLA for Cardston-Taber-Warner in 2004. Hinman was elected party leader in 2005 when Randy Thorsteinson stepped down. With the merger of the Alliance and Wildrose Party in 2008, he became leader of the Wildrose Alliance. Hinman was defeated in 2008 by Jacobs. According to Party President Jeff Callaway, members are also eyeing a name change.

– Meanwhile, the Alberta Greens may face de-registration by Elections Alberta for financial reasons…