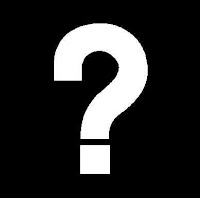 In conversations over the past couple weeks, I’ve encountered a shocking amount of people who have admitted that they haven’t decided whether or not they will actually vote in the October 2008 federal election. With dropping voter turnout levels becoming the norm (I’m actually surprised there aren’t more mainstream media stories about this yet), an interesting question comes to mind…

With Parliament dissolved and no candidate having received a mandate to join the Commons, would Governor General Michaëlle Jean take emergency powers and rule from Rideau Hall? What of the Senate? Who would General Walter Natynczyk report to? Would Stephen Harper barricade the doors of 24 Sussex Drive or would he become Canada’s Leviathan? Would the ten Premiers appoint an interim-Prime Minister? Would Alberta annex Saskatchewan? The North West Territories? Would Denmark take this as a chance to invade Hans Island? Would there be anarchy in the streets? Would Canadians even notice?

In all seriousness, as unlikely a situation as it may be, what would a contingency plan for this look like?