The BC Liberals led by Premier Gordon Campbell claimed a third majority government in yesterday’s provincial election, but British Columbians joined the national trend of claiming new record low voter turnouts. Voter turnout dropped from 58% in the 2005 election to 50% yesterday.

While the STV referendum was decisively defeated, two of the hand full of ridings where the STV earned majority support were Premier Campbell’s Vancouver-Point Grey riding and BC NDP leader Carole James‘ Victoria-Beacon Hill riding.

Tomorrow, in the City of Victoria, the Legislative Assembly of British Columbia will drop the Writ for their second fixed-date election. Introduced in 2001 by Premier Gordon Campbell‘s BC Liberals, British Columbia became the first Canadian Province to implement fixed-election dates, removing the power of the Premier to arbitrarily decide when elections are held.

In April 2008, St. Albert PC MLA Ken Allred introduced a Private Member’s Bill, Bill 203: Election Statutes (Fixed Election Dates), in the Legislative Assembly of Alberta that would have created fixed-election dates in our province. The Bill received very little public debate in the Legislature and was opposed by MLAs in the PC caucus, including Olds-Didsbury-Three Hills MLA Richard Marz, who argued to the media that fixed-election dates would allow public sector unions to strike in conjunction with elections.
In May 2008, Marz introduced a motion that “Bill 203, the Election Statutes (Fixed Election Dates) Amendment Act, 2008, be not now read a second time but that it be read a second time this day six months hence.” Marz’s motion was passed when 36 PC MLAs (including Allred) out-voted 5 opposition MLAs.
Five months later, while Premier Ed Stelmach opposed calls for fixed-election dates by then-Chief Electoral Officer Lorne Gibson, there was no public debate in the Legislative Assembly on Allred’s Bill 203.
Ten months later, as Gibson was dismissed from his position by a PC MLA-dominated committee, there was still no public debate in the Legislative Assembly on Allred’s Bill 203.
A year later, as British Columbians head to the polls in their second fixed-date election (and second STV referendum) on May 12, 2009, Albertans will celebrate exactly one year since PC MLAs voted for a six month delay on the debate about fixed-election dates in the Legislative Assembly of Alberta.

Edmonton’s new Ward Map for the proposed twelve-ward/single-member ward system have been released and will be discussed at the April 15, 2009 City Council meeting. 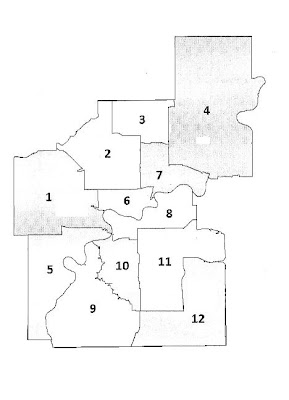 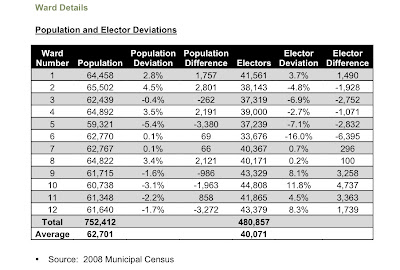 I picked this up from Idealistic Pragmatist…

Fair Vote Alberta, the provincial wing of Fair Vote Canada, will be hosting an event with former B.C. Citizens’ Assembly member Shoni Field. Shoni will be talking to us about her experiences on the Assembly and its applicability to Alberta. There will be plenty of time after her talk for Q&A.