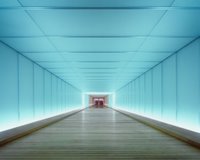 1. Ed Stelmach’s PC Government doesn’t seem to be getting the same smooth ride from the media the 13 year Ralph Klein’s PC’s received.

Following the cancellation of the $5,000 a ticket exclusive Tory fundraiser, there appears to be no shortage of tension coming from Stelmach’s first cabinet as Health Minister Dave Hancock (Edmonton Whitemud) is being openly scolded by fellow Tories Ty Lund (Rocky Mountain House) and Treasury Board President Lloyd Snelgrove (Vermilion-Lloydminster) for talking to the media about a Province-wide smoking ban.

2. Alberta Liberal MLA Hugh MacDonald (Edmonton Gold Bar) has discovered that the Alberta Tories have failed to file mandatory reports to Elections Alberta since 1987. From the Edmonton Sun…

The situation involves a secret “foundation fund” the party was allowed to keep after the financial disclosure law was passed in 1978, provided it filed annual reports on transfers from it.
Deputy Electoral Officer Bill Sage told the Sun he failed to notice that the statements stopped coming.

“I was responsible for it. I was the director of financial operations at the time. It was something that escaped me and I didn’t realize it until just recently.”
He said Elections Alberta has requested the Tory party to provide the missing
statements, but is still waiting for them.

2.For someone who pledged to get the Government of Alberta “out of the business of business,” former Tory Premier Ralph Klein sure hopped on the business bandwagon quickly as a Senior Business Advisor for Borden Ladner Gervais LLP in Calgary.

3. The salary of the chairman of Horse Racing Alberta has risen 217% in just four years. According to Alberta Liberal MLA Maurice Tougas (Edmonton Meadowlark):

…in just four years, Horse Racing Alberta has received more than $136 million from slot machine revenue. The government estimates another $60 million could pour into HRA this year, bringing the total subsidy to almost $200 million.

4. On the federal side of things, Stephane Dion has announced the Federal Liberals massive 47 MP shadow cabinet. The Harper Conservatives are framing it as a “Blast from the Past.” It should be interesting to see how the well the Federal Liberals regroup before the next election.

5. Anne McLellan has announced that she will not be seeking the Federal Liberal nomination to challenge Tory MP Laurie Hawn in Edmonton Centre. Names that I’ve heard being bantered around for Liberal candidates include Jim Jacuta, Randy Boissonnault, and 2006 Edmonton East candidate Nicole Martel…