Skip to the content
I’ve spent the past couple of days having a enjoyable time teaching the basics of social media to members of the book and magazine publishing communities in Edmonton and Calgary. I was impressed at how eager the members of this creative sector are to learn more about social media and online engagement. Most of the participants were already familiar with blogs and social networks like Facebook and YouTube, but many were less familiar with Twitter (even though most had heard about it).

While the publishers and writers naturally maintained a healthy dose of skepticism at the 140-character hyper-blogging network, the participants in the workshops were open minded and curious about Twitter, especially in light of the Iranian election, Doug Elniski, and Bill 44.

My time spent with these community members also allowed me to learn some of the more fascinating details about the saga of the Google Book Settlement.

When I returned to Edmonton yesterday, I was surprised to read blog posts by both Walter Schwabe (@fusedlogic) and Mack Male (@mastermaq) in response to 630CHED host Lesley Primeau’s negative comments about Twitter. I was a little confused by Primeau’s reaction, as I would have thought that her role as a radio host for a station that largely depends on listener interaction (aka callers) would be naturally interested in learning more about social media.

On the political front, DJ Kelly has written a solid blog post about the potential Elniski Effect on elected officials who use Twitter and social media. DJ raises some good questions, including whether the incident will cause political parties to discourage or increase their controls on how elected members interact with citizens online. As Alberta’s governing partisans haven’t reacted well to online social media in the past, I hope that Elniski’s tasteless comment leads to an increased mature and commonsensical approach to social media, rather than a retreat from the medium (until the party spin masters need to launch their new websites in preparation for the next election in three years).

I really didn’t want to write on this topic. It pains me that in the year 2009, I am actually writing about this.

Edmonton-Calder MLA Doug Elniski (@elniskimla) gained some unflattering notoriety today after Edmonton-Strathcona MLA Rachel Notley made public a speech that the PC backbencher posted on his now defunct blog. In the speech, which was apparently delivered to a Junior High graduating class, Elniski sounded like an MLA from a previous era as gave some pretty tasteless advice to the young women in the audience:

‘Ladies, always smile when you walk into a room, there is nothing a man wants less than a woman scowling because he thinks he is going to get shit for something and has no idea what. Men are attracted to smiles, so smile don’t give me that “treated equal” stuff, if you want equal it comes in little packages at Starbucks.’

I am not going to write any more on this, as I think Elniski’s comment speaks for itself.

As I wrote in a previous post on the topic of social media and politicians in Alberta, it becomes mistakes like these that make it increasing difficult when trying to convince traditional old-school political thinkers of the important role that these online tools and social networks play in the 21st century. Our elected officials need to exercise some common sense and maturity if they are serious about employing online social networks in an atmosphere of positive engagement with citizens.

*The title credit goes to the Chief of Staff to the President of Daveberta, a frequenter of this blog’s comment section. 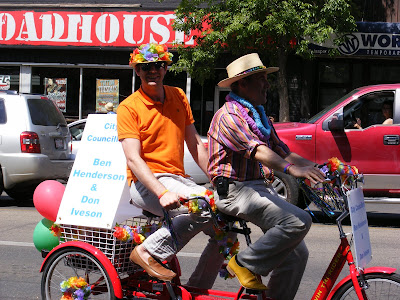 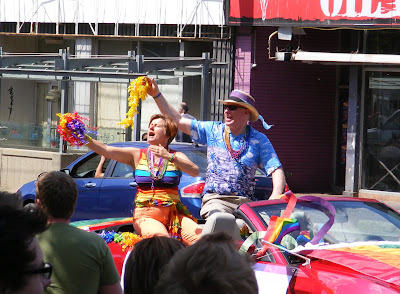 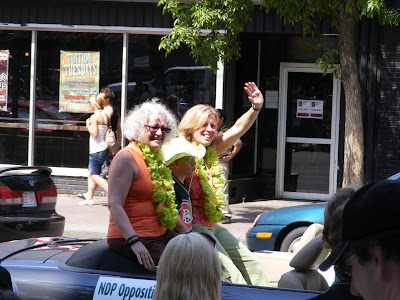 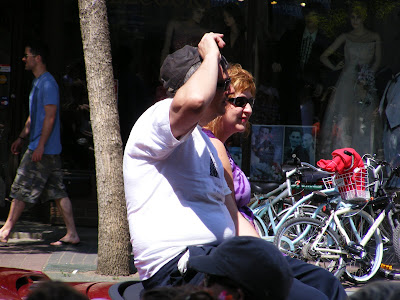 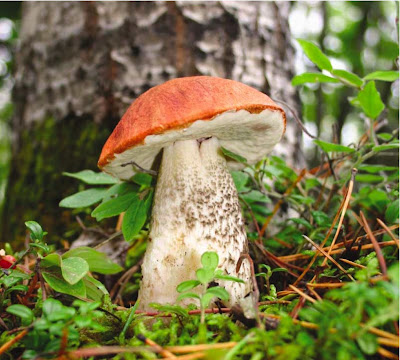 Alberta political conversation thrives on Twitter by Jeremy Klaszus covers some of the interesting political debates happening on Twitter. In a recent trend that has taken the Wild Rose province by storm, Twitter users from across Alberta have been “live-tweeting” commentary of the Alberta Legislature’s daily Question Period. You can follow the live commentary by searching for the hash-tag #ABLeg using Twitter Search.

The Rise of Political Blogs by Trevor Scott Howell gives some good insight into the state of political blogs in Alberta, and includes interviews with bloggers Ken Chapman, David Climenhaga, Enlightened Savage, a member of the AGRDT crew, and yours truly.