The adventures of Honest Ed continue…

EDMONTON — Premier Ed Stelmach admitted Monday that “overzealous” organizers for his Conservative leadership bid wrongly solicited a $10,000 cheque from a municipal garbage agency, money his campaign returned after he won the race.

The premier said the donation last summer from Beaver Regional Waste Management Service’s Commission was legal but clearly unethical, though the Tofield-area body’s records show the cheque was only returned a day before Stelmach’s campaign had officially cleared its debt in February.

It’s the second time Stelmach has blamed his campaigners for questionable practices, months after public outcry forced him to cancel a $5,000-a-ticket fundraising reception billed as a chance to have a private audience with Alberta’s top politician.

Liberal Leader Kevin Taft, who made public the $10,000 donation in the legislature Monday, accused Stelmach of developing a “conscience of convenience” once the leader had a campaign surplus and knew his finances faced more public scrutiny.

“It was only after they began to feel they would be watched that they developed a conscience and refunded the money,” Taft told reporters.

And yet some people will tell me that donations to leadership races have no business being public.

I’m of the belief that there should be much more accoutability through involvement by Elections Alberta in internal party financial and fundraising rules similar to those of Elections Canada.

Can you imagine an Alberta where an end would be put to massive secret and loophole backdoor out-of-province political donations?

UPDATE: Calgary Grit’s take on Stelmach’s ““The donation might have been legal, it certainly was not ethical.” comment. Defeated former Tory Dauphin-child Jim Dinning released a list of the names of individuals and corporations who contributed to his failed Alberta PC leadership bid in Fall 2006.

Though it’s only a partial list that doesn’t specify individual contribution amounts, it’s a huge list that totals over $1.7 million in donations to Team Dinning. 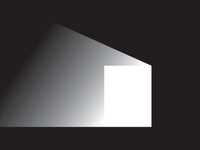 Though the website only contains political financial contribution records dating back to 2004, it is quite an interesting read and it will save you from having to go down to the Elections Alberta office and sort through the paper copies…

Within a matter of hours, Premier Ed Stelmach‘s PC Party both announced and cancelled an exclusive $5,000 a ticket fundraiser that would have allowed those with deep pockets to buy exclusive access to Stelmach and his top Ministers. This obviously clashes with Stelmach’s finely-tuned image as a down-to-earth farmer from the Village of Andrew. Something makes me think that Stelmach’s constituents in Fort Saskatchewan-Vegreville would be less than impressed with the idea of an $5,000 exclusive fundraiser…

The morning began with:

CALGARY – Alberta Premier Ed Stelmach and two top ministers came under fire Wednesday after revelations that fundraising soirees will be held next week in Calgary and Edmonton allowing Albertans to buy ”exclusive” access to them for a minimum $5,000.

Even Alberta’s ethics commissioner said he’s ”not so sure it’s a good thing to do,” but conceded there’s little that can be done under current legislation.

In an effort to pay off leadership campaign debts, organizers for Stelmach, provincial Health Minister Dave Hancock, provincial Finance Minister Lyle Oberg and former MLA Mark Norris – all of whom sought to succeed former premier Ralph Klein – are holding a $500-a-ticket reception in Calgary on Jan. 18.

However, there’s an opportunity to attend ”a smaller, more exclusive event” with Stelmach and ministers prior to the reception ”for a minimum donation of $5,000,” notes the invitation to shindig.

Cheques are payable to ”True Blue,” which appears to be an entity formed to raise money for the four politicians, who teamed up on the second ballot of the Progressive Conservative leadership election to topple favourites Jim Dinning and Ted Morton. No tax receipts will be issued on the tickets.

and this afternoon ended with:

The premier held a news conference to say he was on holidays last week in Mexico and wasn’t fully aware of the details of the fundraising events planned for next week in Edmonton and Calgary.