I laid out my thoughts on Bill 50: Electrical Statues Amendment Act and upgrades to provincial transmission infrastructure late last month, but the issue continues to dominate much of the debate during the fall session of Alberta’s Legislative Assembly. The Lavesta Area Group have been extremely effective at agitating their opposition to Bill 50 into the media spotlight and their leader, Joe Anglin, has been travelling across Alberta showcasing the group’s opposition to Bill 50. Anglin’s presentation is now on YouTube:

It is not difficult to understand why Bill 50: the Electric Statutes Amendment Act, 2009 has become a lightning rod for opposition to the governing Progressive Conservatives. The origins of the unease over Bill 50 can be traced all the way back to deregulation and the sale of TransAlta’s power lines, which led to the creation of AltaLink in 2002, but more recent politics have played a large role in the toxicity of the debate. In June 2007, it was uncovered that a private investigator hired by the now dissolved Alberta Energy Utilities Board had posed as a landowner in order to participate in conference calls of groups opposed to major power-line projects and their lawyers. Premier Ed Stelmach defended the hiring of the private investigator, “Whether real or not, there was some people to insure there wasn’t any harm done to the members of the AEUB.” In the same month, Edmonton-Calder NDP MLA David Eggen was barred from public hearings on the power lines. In Spring 2009, opposition to Bill 50s sister act, Bill 19: The Land Assembly Area Project Act, created a political stir that had not been seen in rural Alberta in recent memory.

The Lavesta Area Group, led by landowner Joe Anglin, have been the public face of opposition against transmission expansion, and they have been joined in their public opposition to Bill 50 by by Enmax, the Liberal Official Opposition, the NDP Opposition, anti-nuclear advocates from the Peace Country, and Calgary Mayor Dave Bronconnier.

There are legitimate concerns about the construction of new power lines, but I have been less than convinced by many of the arguments raised by the opponents of Bill 50. For example, arguing that upgrades are simply a cash grab by the large energy companies on the back of the ratepayer appears to be an argument with political traction, but it doesn’t address the more important debate behind the Bill 50:

‘Corporate greed versus the ratepayer is not the discussion Albertans should be having…  they should be discussing whether the powers granted to the provincial government in Bill 50 are the most responsible manner in which to proceed with essential investments in our transmission infrastructure.’

In June 2009, the Alberta Electric Systems Operator (AESO) released their Long-term Transmission System Plan and recommended that an estimated $14.5 billion be invested in necessary upgrades to our provincial transmission system’s capacity. This includes the construction of new high-capacity power lines between Edmonton and Calgary, and connections to Fort McMurray and the Industrial Heartland (in parts of Sturgeon, Strathcona, and Lamont counties). The plan also recommends new transmission development in southern Alberta to integrate wind energy.

A number of opponents to Bill 50 have pointed out that power demands have dropped in Alberta. While electricity demands from certain sectors may have lowered during the recession, it would be irresponsible not to ensure that the grid will have the capacity to handle an increase when our economy starts growing again (for example, future projects such as the three proposed bitumen upgraders in Sturgeon County).

When reading Bill 50, I discovered that the amendments do not remove consultation procedures, but only provide the option to bypass the needs hearing and move directly to the second hearing where the exact placement of the power lines is determined.

41.1(1)  The Lieutenant Governor in Council may designate as critical transmission infrastructure a proposed transmission facility if it is contained in a plan that is prepared by the Independent System Operator pursuant to this Act or the regulations…

Bill 50 would give the provincial Cabinet more control over which power lines are built and when, and the Alberta Utilities Commission would retain control over where they are built. It is up to Albertans to hold their elected officials responsible for the decisions they make daily, including those decisions related to the future of our power grid.

It has been twenty-years since Alberta’s power grid has had large-scale upgrades and as demand on the grid has increased by the equivalent of a city twice the size of Red Deer every year since 2001, the likelihood of running over-capacity has become closer to a reality. Over $200 million worth of electricity (the equivalent of power for 350,000 homes) was lost in 2008 through ‘line-loss‘ that occurred when power lines were forced to transmit excessive levels of electricity. Upgrades are necessary and all Albertans will benefit from investing into a secure, effective, and safe power grid.

I can understand why some landowners do not want power lines constructed near or through their property. Joe Anglin and the Lavesta Area Group have been extremely effective at agitating their way into the media spotlight, but how long can Albertans reasonably allow localized pockets of NIMBYism stand in the way of essential investments in our electric transmission infrastructure? 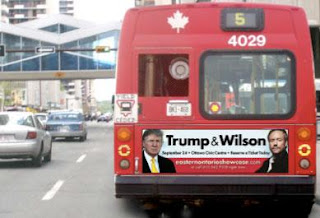 Kevin Kuchinski has written an excellent (and lengthy) essay on the politics of power line in Alberta and Bill 50: Electrical Statutes Amendment Act.