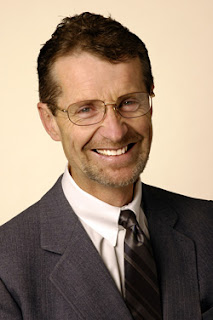 Having purposely backed away from the cesspooly trenches of partisan politics after the March 2008 election, I’ve taken the time to think long and hard about who I would want to support for the leadership of the Alberta Liberal Party. This was a difficult decision, I wasn’t sure whether I actually wanted to support a candidate in this race.

Since 2004, I have had the opportunity to work with Dave Taylor during my terms as Vice-President (External) of the University of Alberta Students’ Union and Chair of the Council of Alberta University Students, and Mo Elsalhy while I worked for the Alberta Liberals, and though I believe that either of them would make fine leaders of the Opposition Liberals, I am interested in supporting a leader who is not iron-clad attached to one political brand-name. I am looking for a leader interested in creating a viable progressive alternative to the ruling PCs — and I believe that David Swann is the only candidate in this race to fit this description.

A reluctant and non-traditional politician, David Swann has the personal sincerity and professional integrity to understand and adapt to the realities of a shifting political environment. After nearly forty years of one-party rule in Alberta, it is clear that the traditional political parties aren’t cutting it. Change will not come in this province as long as the only alternative to the ruling PCs is seen by many Albertans as a branch office of the Liberal Party of Canada, and I believe that David Swann understands this.

I strongly believe that a viable alternative to the ruling PCs will not come from those parties already existent in the traditional political structure, but from a new political movement which has the ability to engage the over 60% of Alberta voters who are not participating in their democratic process — something that none of the current political parties have proven successful at doing.

Whether it be risking his professional career by taking a stand on climate change, being the only MLA to attend the Fort Chipewyan Keepers of the Water conference, engaging Albertans on international issues like Darfur and Iraq, or openly talking about political realignment — I believe that David Swann has proven his ability to look beyond traditional brand-name politics and engage disengaged Albertans to build something viable and new.

I invite you to join me in supporting David Swann.