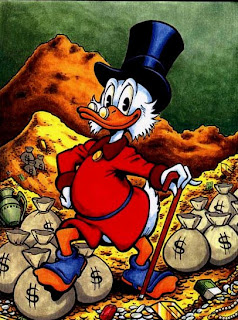 Elections Alberta financial statements from the March 3, 2008 election campaign now show that Ed Stelmach‘s Progressive Conseravtives spent a record $3 million to sustain their 37-year old majority in the Alberta Legislature (with $1.7 million sitting in their coffers).

Though I knew it was coming, I was sad to read that my former boss, Kieran Leblanc, will be let go by the Alberta Liberals due to lack of funds. A former public education advocate, Leblanc jumped into politics before the 2001 provincial election when she sought the Edmonton-Mill Creek Liberal nomination against Bharat Agnihotri. She later joined the Liberal central campaign and became Executive Director in 2001 and saw the Liberal Party through the 2004 and 2008 election campaigns. Leblanc, who Calgary Herald columnist Don Braid described as an “excellent executive director“ was a great boss and has been a great friend to me over the years. She is a passionate fighter and the Liberals will feel her loss.

The loss of Leblanc will leave the Alberta Liberals with a skeleton staff of two in the party office. With an election loss fresh in their minds and a leadership race underway, candidates Mo Eslalhy, David Swann, and Dave Taylor are going to have to figure out how to raise a lot of money to fix this sinking ship if they are serious about challenging the current Tory dynasty in the next election.