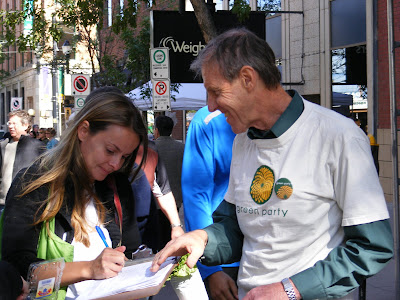 Greening the Farmers’ Market. Green Party candidate David Parker was campaigning at the City Market on 104th on Saturday morning in Edmonton-Centre. 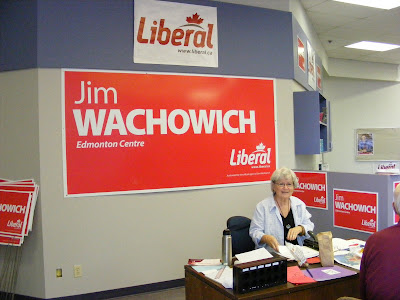 Landslide Jim? Jim Wachowich‘s Edmonton-Centre campaign office on the corner of 124th Street and 102 Avenue is up and running. 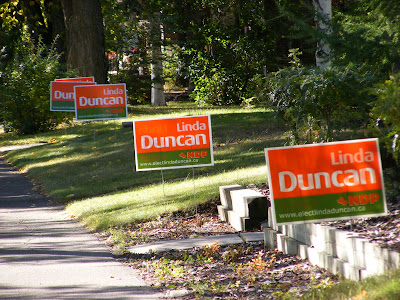 Paint it Orange! NDP candidate Linda Duncan is winning the sign war in my neighbourhood (so far I’ve only spotted one Rahim Jaffer lawn sign in the University area). 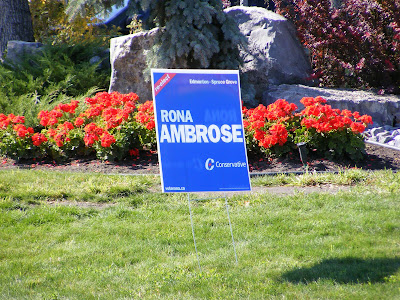 One of Rona Ambrose‘s campaign signs stands on a street corner near West Edmonton Mall in Edmonton-Spruce Grove. With most of Alberta’s seats sitting in safe Tory territory, expect most of Alberta’s Tory MPs to be spending their time campaigning in battleground Ontario.