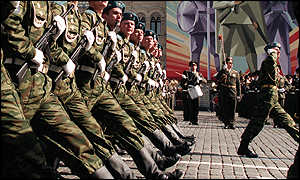 In our post titled, “raj resigning?” we mused about a rumour that we had heard from two separate individuals that ND MLA Dr. Raj Pannu may be planning to resign this fall to make way for Larry Booi to run in a by-election.

Now, we must reiterate, these are simply rumours. Rumours come and rumours go. Most of them actually die when they’re left be. The editorial board at daveberta was perfectly fine in letting this post simply be that: one post.

One post, left to wither for eternity, forgotten in the archives of this great blog.

But alas, through the miracle of blog comment sections, the Communications Director of the Mighty Alberta NDP Caucus of 4, Ms. Shannon Phillips, has responded in full force to our post and the comments left by ourselves and your fellow daveberta readers.

Of course, we would never dream of letting daveberta’s loyal readers miss out on such an exciting event. So, here is Ms. Phillips response in full to our post, followed by our response to Ms. Phillips.

“This is the most preposterous thing I have heard all day.

Second, people have been lining up to contest the NDP nomination in Edm-Strathcona, for like, 5 years. There are lots of them. There are even some in the rumour mill that would rival Larry in the name rec department. Not that Larry is interested in running, at least not at this stage.

Third, it’s a nice idea that the Libs could run a strong campaign, but nice ideas aren’t what carries the day in politics. I suspect that when it comes to the next general election (or the one after that, one never knows, especially if Ralph retires sooner rather than later), the Strath NDP will have nominated someone of sufficient calibre that the Strath Liberals will have a hard time, as a central campaign, justifying putting money into that race (given the state of the finances, still after all these years since that disastrous MacBeth campaign), and the riding association will remain as moribund as it has been for the last few years.

Of course, the Liberals could just step up their fundraising efforts from corporate , which is certainly how they financed a large chunk of the 2004 campaign. Maybe Big Oil would be willing to bankroll someone?“

Hope you at least enjoyed the rest of our blog!

First, thanks for so suspiciously promptly refuting our post.

Second, we’re sure there are those who will run for the ND nomination in Strathcona when Raj resigns. We never challenged that.

Third, “nice ideas aren’t what carries the day in politics” is why the Alberta NDP will never come even close to forming Government or Official Opposition in Alberta. But, seeing as how you are seem to be so connected with information on the Alberta Liberals, we’ll just have to take your word for it. 😉

Fourth, we don’t speak for the Alberta Liberals or control their fundraising. If you don’t like their methods, we suggest you call their office.

Perhaps the rumours are simply that, rumours. We’re willing to accept that. But, it makes us wonder, if it was simply a chalked up rumour, then why is it even worth a response? Especially from someone as high in up the Alberta NDP echelons as Ms. Phillips?

Is the Alberta NDP hiding something?

UPDATE: We thought “Jim’s” response to Shannon was pretty fun: