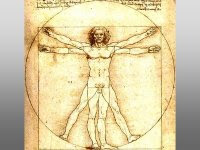 IDEAfest 2009 started this morning, and presentations will be happening until 5pm in the Tory Building (Room B95) on the University of Alberta campus.

I’ve made a last minute change to the topic of my presentation. At 1:30pm, I will be presenting “The Fall of the Media Empires and Rise of Citizen Journalism.” It should be an interesting day, and there are a lot of cool presentations coming up, including “Countdown to Copenhagen: International Climate Negotiations and the Quest” (10:30am) “15 Ways to make Edmonton a Better City” (11:00am), “Twitter and social media…” (11:00am) and “Underground Media and the Importance of do-it-yourself local media” (12:00pm).

If you’re looking for something (free and open to the public) to nourish your mind this weekend, check out IDEAfest 2009 at the University of Alberta this Saturday (location: Tory 95).

Based on the format of DemoCamp and BarCamp, IDEAfest 2009 gives interested people a chance to host their very own session (kind of like TED). 3 speakers every half hour, 3 different rooms. Choose the room that interests you.

For those of you lucky ehough to be there tomorrow afternoon, I will be presenting at 1:30pm on some of my personal experiences using social media.