After spending one evening this week at the Wildrose Alliance leadership forum, I’ve spent a good part of this weekend at the other end of the political spectrum as a media observer at the 43rd annual Alberta NDP convention in Edmonton. I will post some more detailed thoughts soon, but until then, here are some notes from the convention:

– Nova Scotia NDP campaign manager Matt Hebb spoke on Friday evening about the electoral situation that led to the current NDP majority government led by Premier Darrell Dexter. I took some notes from Hebb’s talk and will include my thoughts in a future post.

– The Democratic Renewal Project has made their presence known at the convention. A policy resolution directing the party leader to initiative public negotiations with the leaders of the Alberta Liberals and Green Party to conclude a tactical electoral alliance has proposed by the Edmonton-Rutherford and Edmonton-Whitemud NDP Associations. It will be debated on Sunday morning and will likely be defeated.

– Leader Brian Mason took a direct shot at the DRP in his Saturday afternoon speech to delegates by challenging the assumption that vote splitting is not the reason the NDP does not have more MLAs in the Legislature. Mason announced intentions for the NDP to run a full slate of candidates and a plan to target resources on 12 ridings between now and the next election.

– Mason also announced the NDPs plans to hold a number of health care forums across Alberta starting on September 29 in Calgary and September 30 in Lethbridge. Other forums are expected to be held in Edmonton, Grande Prairie, and Fort McMurray.

– According to delegates I’ve spoken to (and blogs I’ve read) there seems to be little movement behind a twitter account and blog supporting Notley to become NDP leader. 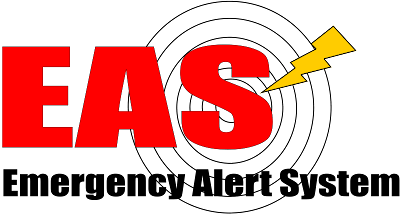 MLAs Brian Mason and Rachel Notley don’t have a hard time getting media attention during legislative sessions, however, one of the biggest challenges facing the Alberta NDP is to become electorally relevant outside of Alberta’s capital city (it has been twenty-years since the NDP elected an MLA outside of Edmonton).

In 2008, the NDP broke 20% support in only six Alberta constituencies (Peace River and Edmonton-Beverly-Clareview, Calder, Highlands-Norwood, Manning, and Strathcona) and earned 34,339 of their total 80,578 (or 8.2%) province-wide votes in Edmonton’s 17 constituencies. With the defeats of former leader Ray Martin and superstar MLA David Eggen (Eggen is now the Executive Director of the Friends of Medicare), the NDP dropped from 4 to 2 MLAs in the Legislature.

Last year’s election was a disappointment for all of Alberta’s opposition parties, but the third-place NDP have been busy in the year since. While I wouldn’t yet predict an NDP breakthrough in the next election (and by ‘breakthrough,’ I mean a handful of seats), they have been increasing their outreach by holding a number of regional ‘revitalization conferences’ showcasing speakers Matt Hebb (Nova Scotia NDP campaign manager), Libby Davies (MP for Vancouver-East), and Doug O’Halloran (union boss). The NDP are also reaching out to communities of new Canadians, including Edmonton’s decently-sized Somali Community. This may not result in immediate electoral gains, but it will likely boost morale among members and local constituency associations. The spill over effect could also help the federal NDP boost their voter support in the next election to take advantage of the per-vote public funding program.

Mason has declared his intentions to lead the NDP into the next election, which will be his third as leader. Will Mason face a leadership challenge? I have been aware of a growing frustration among some NDP members over the control that a small number of individuals hold over the party’s infrastructure and decision-making process. The fight against the internal status-quo went public when young NDP activist Anand Sharma solidified his position in the inner circle by defeating incumbent Steve Bradshaw for the NDP Presidency in 2008.

Another source of continuing tension within the NDP exists between the environmentalist camp (who want to shut down the tar sands and stop the development of nuclear power plants) and Union camp (whose membership depend on the energy sector for employment). Denise Ogonoski left from her job in Notley’s Edmonton-Strathcona office in 2008 after taking part in a Greenpeace action at a fundraiser for Premier Ed Stelmach. During that year’s convention, delegates from Peace River proposed an anti-Nuclear Power policy, which according to an NDP insider, was widely expected to face opposition from the newly NDP-affiliated IBEW Local 424. The policy was adopted, but as an affiliate member, the IBEW Local 424 exerts sizable financial leverage over the party (affiliate member-Unions donate 15-cents per member per-month to the NDP). Though a major showdown has been avoided, it does have potential to create tension in the future.

While I fail to see a strategic advantage for the actual Union members, the addition of new affiliate Unions (including the IBEW 424 and UFCW 401) gives the NDP a more secure monetary stream than their Liberal Party counterparts. The NDP now have eight party staff members, numbers not seen since the party formed official opposition in the 1980s.

As the Alberta NDP improve their financial and organizational capacities, the global collapse of capitalism could give the left-wing party a perfect opportunity to electorally capitalize on the economic situation. Whether they achieve this will largely depend on if they can successfully give Albertans a compelling reason to trust them with responsibility during the economic downturn.