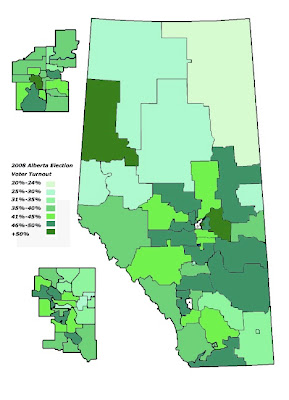 I hope Jaffer receives a stiff sentence, not because of his standing or to make an example out of him, but because I firmly believe that if you advocate that others should be held to a particular standard, you yourself should be held to it.

Great point about the Permier's Economic Committee, Dave. Apparently Stelmach has taken the Klein model of "have committees issue reports and then proceed to ignore" and made it one step more efficient by having these committees never even report!

This government is moribund and useless. Whether you are right wing, centrist or left wing, I think most Albertans are starting to see just how incompetent our current political leaders are. Stelmach and the good ship PC are getting ready to sail into that long goodnight. The 2012 election can't possibly come soon enough.