Tough economic times are all the talk, but Alberta’s Progressive Conservative MLAs are still collecting up to $35,000 in extra pay annually for work done in closed-door caucus committee meetings.

In May 2008, government MLAs started receiving $12,000 a year for serving on cabinet policy committees which are supposed to advise government in five areas: community services, economy, health, public safety and services and resources and the environment.

Previously, only the committee chairpersons were paid for the work, but now all government MLAs except the speaker and the premier, get paid.

Cabinet ministers get more than $35,000 a year for their committee duties. The difference in cost is a tenfold increase from $140,000 to $1.4 million.

Battle River-Wainwright MLA Doug Griffiths deserves credit for being the first and singular PC MLA noble enough to publicly reject the private perk. Humility is a virtue that we do not often see from our elected leaders in our Legislative Assembly. 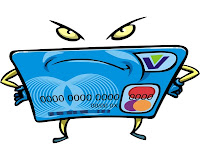 The same day that the private PC perks were made public, our provincial Health Care Authority, Alberta Health Services, announced that they had borrowed $220 million through a private line of credit from the Royal Bank of Canada.

Earlier last week, when members of AHS executive declared that they would run out of money by February 2010, Premier Ed Stelmach said that taxpayers would fund any shortfall in the Health Care budget. On Thursday, Paula Simons pointed out that this was a key justification used by the PC government when they unilaterally dissolved the regional health authorities in favour of a province-wide superboard two years ago.

Is Alberta Health Services so colossally badly managed, so inefficient and bureaucratic, that it has plunged our health-care system into crushing, massive debt in just two years?

I am not aware of any laws prohibiting a government agency like AHS from taking on debt from a private bank, but I cannot think of any other organization like AHS that has done so. Alberta taxpayers have the right to ask some fair questions about the prime + 0.5% line of credit that AHS has taken out.

How does a government agency like AHS expect to repay a line of credit this large? As ask Ed.

While our elected government officials would like Albertans to believe that these contextually historic normal economic times are actually a hurricane of tough economic times for essential public services like Health Care and Education, Albertans should ask what PC MLAs have done to deserve financial shelter from the storm they want us to believe they are guiding us through?