Kudos to Edmonton City Council for voting for the Stony Plain Road and Mill Woods LRT By-Law today, setting the stage for public transit expansion that has been 20 years in the making. Four Councillors voted against the motion, Jane Batty, Karen Leibovici, Linda Sloan, and Tony Caterina. Defending his decision to oppose LRT expansion, Caterina accused his fellow Councillors of:

…imposing their ideology on the city. Caterina also raised concerns that online bloggers had too much influence on the decision. “A number of bloggers — who knows where they come from — are treated as gospel,” he said.

Putting aside that functionally, writing a blog is not much different than writing a letter to the editor or telephoning a City Councillor’s office, I have heard suggestions that Councillor Caterina was taking a shot at Councillor Don Iveson (who writes a blog). Iveson has been a strong advocate for public transit since being elected to City Council in 2007. There are are a number of Edmontonians who publish blogs that focus on urban issues in our City and they should take Councillor Caterina’s complaint as a compliment.

I am told that Councillor Caterina is still a little miffed that his fellow Councillors voted for the phased closure of the Edmonton City Centre Airport earlier this year. During that debate a strong online campaign was launched by a group of passionate Edmontonians (which included notmyairport.ca). I have met Councillor Caterina a number of times and found him to be a fairly nice person, but a string of bizarre comments like this one has left me questioning his critical thinking abilities.

Three “AskEd” YouTube videos have been released with Premier Ed Stelmach responding to questions submitted to his office via email and Twitter. When it was announced I really like the idea, as it has the potential to allow for  Albertans to have some real interaction with Premier Stelmach, and it also allows the Premier to answer questions in an environment that he is comfortable in. Affording Premier Stelmach the ability to avoid the awkwardness of having to answer questions in front of the media or a public audience, the videos appear closer to ‘father figure’ Stelmach responding to questions of his choice than an authentic conversation.

Stelmach spokesperson Tom Olsen said the video responses are a lot like having a conversation with Stelmach in a coffee shop.

The videos are exactly like having a conversation in a coffee shop, especially if the coffee shop is an exact replica of the Premier’s Office and includes a large wooden desk, gavel, and Premier Stelmach reading off a laptop while talking straight into a video camera. Sounds like a typical small-town main street coffee shop to me!

Mastermaq has some good observations on the AskEd videos and DJ Kelly has offered some suggestions on how to fix the Premier’s communications problems.

On April 25, 2009, the City of Edmonton will be opening two new stations on the south line of the LRT. I was lucky enough to join the contingent of Edmonton media touring of the new LRT stations this morning. 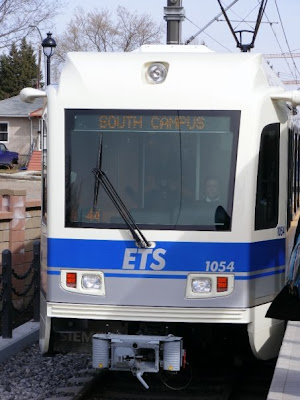 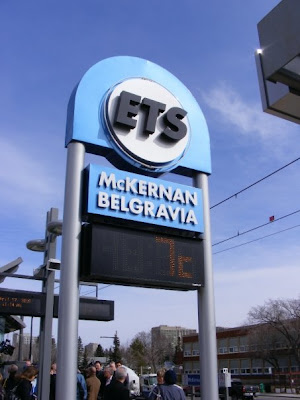 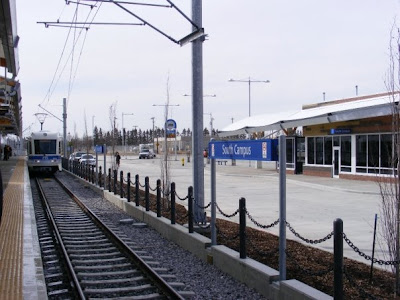 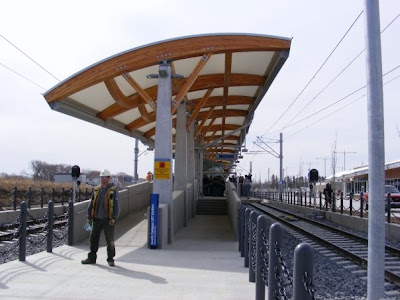 A study has been completed to plan the extension of the LRT from Lewis Estates (87 Avenue and 199 Street) to the University of Alberta. As part of the study, open houses will be held to share information and details about the project and the study before it is presented to City Council.